First is the Insomniac. Here's a villager who just can't sleep at nighttime, try as he might. The good news is that in his hazy non-sleep time, he learns if one or both of his neighbors was up during the night doing something. He's not alert to know if it was indeed just one of them or both, and if only one of them which one it was, but he knows if someone was up and about during the night. Each night. It might be a werewolf out looking for prey. It might be the helpful Seer who is trying to find werewolves. Or it might be any other number of nighttime active roles in the game.

Much more alert at nighttime is the Beholder. She wakes up the first night and sees who the Seer is! What she ends up doing with that information is anyone's guess, but hopefully she'll figure out how to help the village and prevent the Seer from being lynched by the crazed mob.

And then there's everyone's favorite numerically-aware goth, The Count. He's got his spreadsheet open, and he's, well, counting all night. He knows how many werewolves are on each side of him in the village because he counted. "One Werewolf. Two, two scary hairy werewolves...ah ha ha ha. Three, three three evil lycanthropic werewolves...mwa ha ha ha."

Possibly the most mysterious creature of the night is the Thing (that goes "bump" in the night). This nasty, furry, slightly smelly creature is helping out the village by bumping people in the wee hours of night. What will those people do with the information garnered from the Thing? What is the Thing's ultimate purpose?

But not everyone is out to help people at nighttime. There's a new werewolf in town, though she's a little...sleepy. The Dreamwolf takes it easy, not bothering to wake up with the other werewolves unless one of her sister werewolves is killed. Then she's all about taking out her revenge on the village. Watch out!

Finally, the most feared night monster of all, the Bogeyman, rounds out the roles in Night Terrors. Take too long at nighttime and the Bogeyman gets to kill someone. He kills indiscriminately, with a winning condition that totally fits his role. 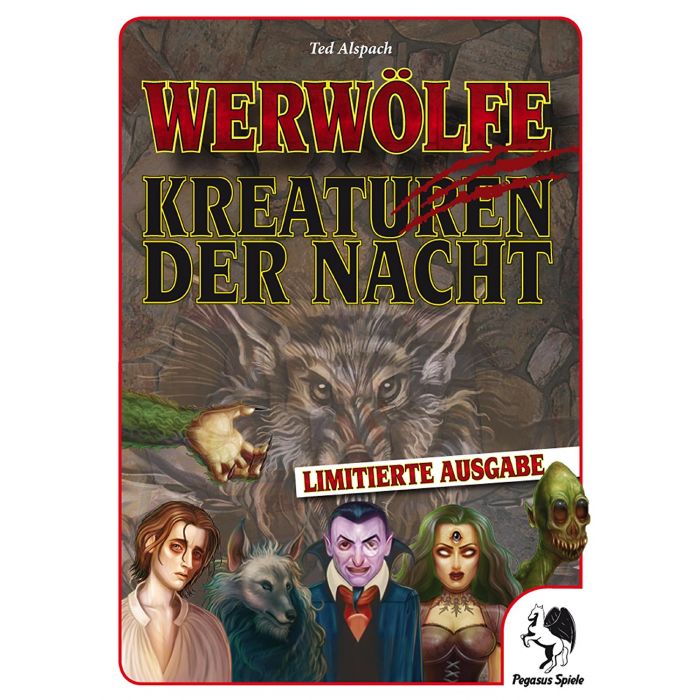