A complex, strategic game about grave goods in the Red Pyramid by Pauli Haimerl for 2-4 players from 10 years of age

Description:
For the fulfilment of the Red Pyramid, Pharaoh Snofru orders the construction of an avenue and the filling of the grave chambers. In this complex strategy game, the players - acting as princes - use their limited influence to become the grand vizier. By clever usage of action cards and commodities, the players buy gems on the market, use them in the construction of the avenue, achieve beneficial positions for the filling of the grave chambers and use the tributes of the neighbouring settlements – all possibilities to score directly or at the end of the game. However, these tasks, asked by the pharaoh, cannot be solved alone! The dilemma: The player’s action potential depends on the cards chosen by the other players, which are pursuing their own goals...

To score at the end of the game, the players not only have to place their offerings in the procession, but will have to collect gold and silver as well in order to fill the grave chambers – preferably by hindering the other players from doing so. The player having collected the most recognition points will receive the title of the grand vizier in the end.

Special feature of the game: The game box is designed as a pyramid, revealing the burial chamber when opened.

Including the expansions "felucca trader" and "Karawanenführer" 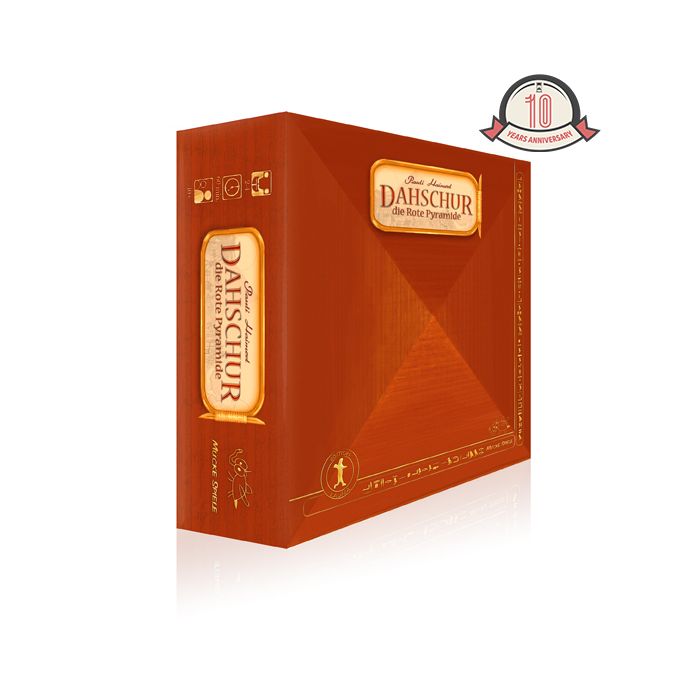