Attention: This version is in a blank box and without player's help cards (download www.spielmaterial.de/Namibia.rar)!

Description:1884: First sources of various commodities have been discovered: gold, silver, copper and diamonds as well. The colonial government has issued concessions to enterprises which shall build up the necessary infrastructure to deliver the commodities and transport them to the coast. Who will place their rigs in the right place? Who will be able to sell the commodities for the highest price? 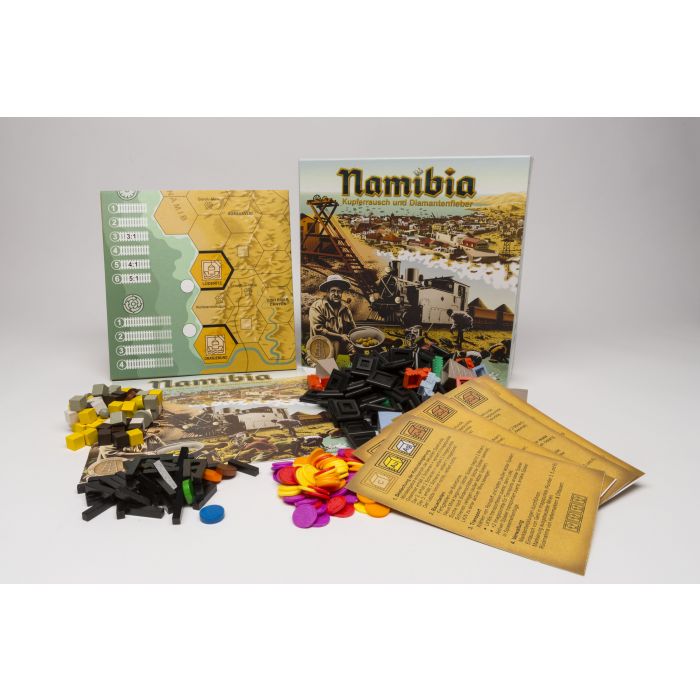