The basic idea of the game is to end the monopolistic practices of the 3-company-combinations of the game board. The players are Trust-Busting lawyers going about the board slapping lawsuits on the monopolies. The winning trust buster is the one who ends with the largest number of social-credit points when one of the players runs out of money.

There are 3 kinds of company combinations on the board: Oligopolies, Trusts and Monopolies, marked by one, two and three "accusation circles" respectively. "Accusing" is done by placing a small, round chip of the same color as your token on such a circle. When all accusation circles of a combination are covered, the monopolistic practices of that combination have been ended. An accusation chip can be bought from the "Budget-Commissioner"; when lending money, he provides a Social-Credit card as an IOU.

Variant rules are supplied for a Low-Budget Game and a Trading Game.

Anspach fought --and won-- a vicious court battle against Hasbro (and others) over this game. 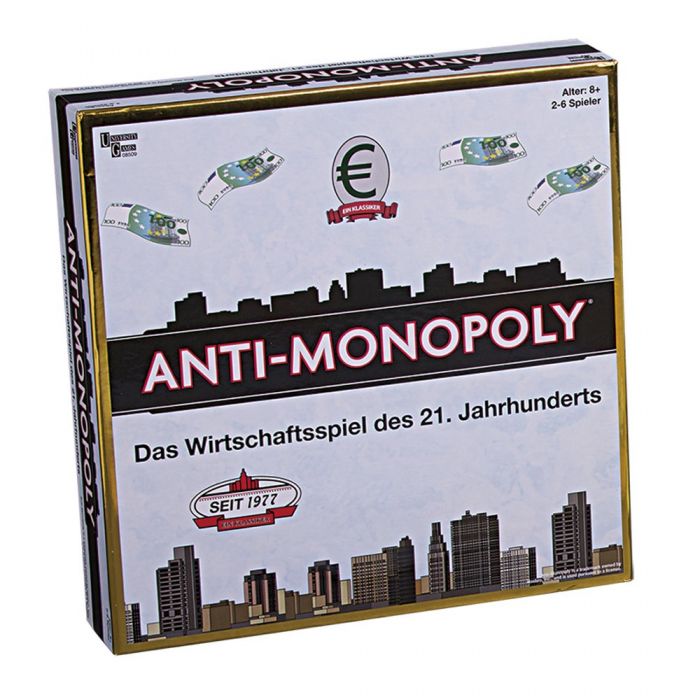