Nobody Is Perfect (GER)

Nobody Is Perfect – Kompakt features the same game play as the original Nobody is Perfect – first released in 1996, then released in a new edition in 2009 – but with more than 450 new terms for players to puzzle over.

Game play is similar to Balderdash or the public domain "Dictionary" game with players being presented with an unusual word or image that they're unlikely to know. All players write down a definition for this word/image, then everyone votes on which definition they feel is the correct one. Vote correctly, and you score points; have others vote for your definition, and you'll score then, too. 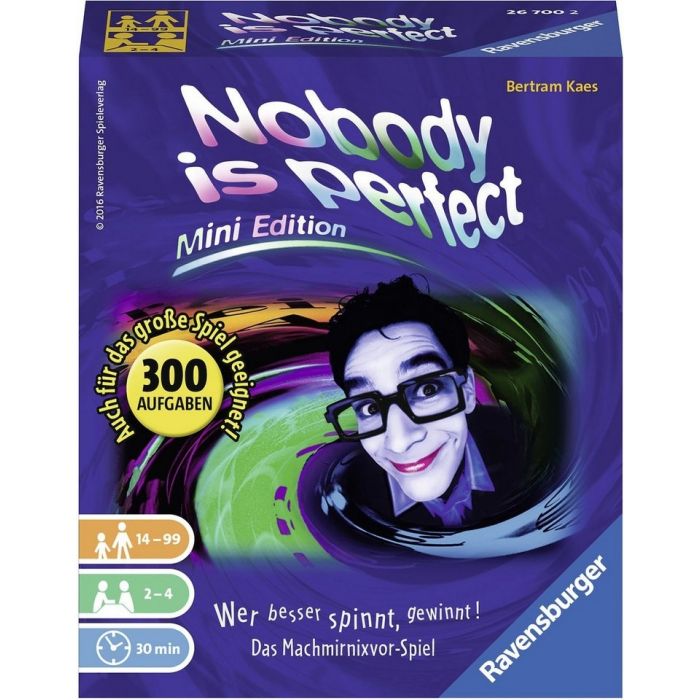