What does local politicians really do? Try to be a part of the municipal council. Learn to prioritize and distribute resources - both according to political affiliation and for the common good.

In the last round an opinion poll will be undertaken - the winner of that also wins the game.

At the start of the game you randomly choose one of six different political characters (from six different, fictional, political parties [Alfa, Beta, Kappa, Delta, Sigma and Gamma]).

Each political character has one issue that he or she must fight for and another three issues that they must prioritize in the game. These issues are: “school”, “leisure”, “local transports”, “culture”, “business”, “social services”, “elderly care”, “waste management”, “welfare”, “housing”, “water & sewer”, “fire & rescue”.

As elected you spend resources (chits) on one or more of these areas that you are assigned. But look out! The next player has another set of issues that they must fight for – and they will grab every opportunity to take resources from your areas and put on their own.

The best way to try to win is to get the other players on your side, to contest and argue. There is no successful “sneak under the radar”-strategy in this game. Loud and vocal and on the attack but smart, is a winning strategy. But that is not enough; sooner or later you (your issues) will be stripped of resources – and you must be smart when trying to get them back to your most important issues.

During the course of the game you will start one turn, the next player starts the next turn et cetera (that means if you are more than four players, one or more will not get to start a turn). Each player gets the same amount of new resources, but not the same opportunity to shift resources from issue to issue, that is decided by the dice.

There is another random factor in the game, a deck of event cards that is used once at the end of each turn.

The ultimate goal of the game is to win the “opinion poll” at the end of the last turn, year four (one election cycle in Sweden). The opinion poll is won by the player that has collected most resources; double points for each resource on one’s issues at heart and one point on the other issues that you fight for!

There are also rules for winning the overall game – not only do you compete against the other players, you all must successfully meet the public opinion and you all must collectively have enough points to pass the game. So it is not all about competition, you must also collaborate with your opponents from time to time. And that’s trickier said than done. 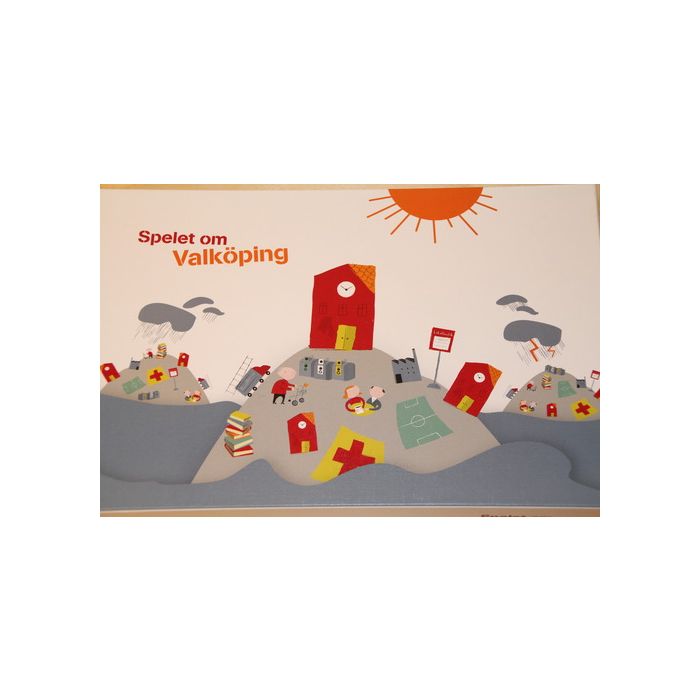