Power Grid: Europe/North America is a pair of expansion maps for Power Grid! Thanks to their special size, these two maps both have seven regions.

The maps were released in 2014 for the tenth anniversary of Power Grid in the standalone base game Power Grid deluxe, which used a completely different graphic style. Now you can finally build your networks in Europe and North America with Power Grid, too! 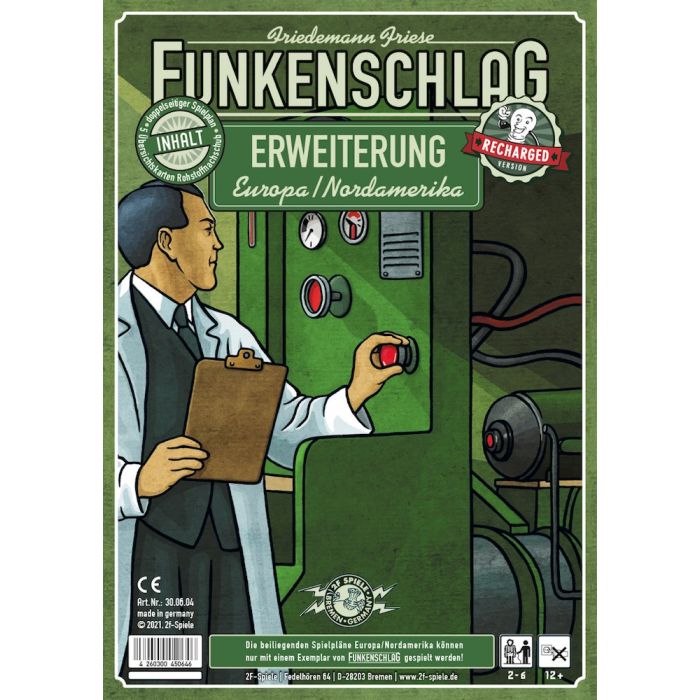