Tic Talk, first published as Wordy Word, pits two teams against one another each round, with one team creating words and the other trying to figure out what was created. At the start of a round, one team flips its sand timer, then rolls five colored, twelve-sided letter dice; each color corresponds to a row on a paper tablet, with the red die indicating what the first letter in a word must be, the yellow die indicating the second letter in a separate word must be, and so on. The team members think up words that fit these constraints as quickly as possible, stopping the sand timer once they've finished.

Following this, a member of the other team looks at the word list, starts the same sand timer in reverse — thereby giving him as much time as the team took to write down its words — then tries to get her teammates to guess these five words. Clue-giving is done Taboo-style, and that team scores one point for each word guessed in the time allowed. 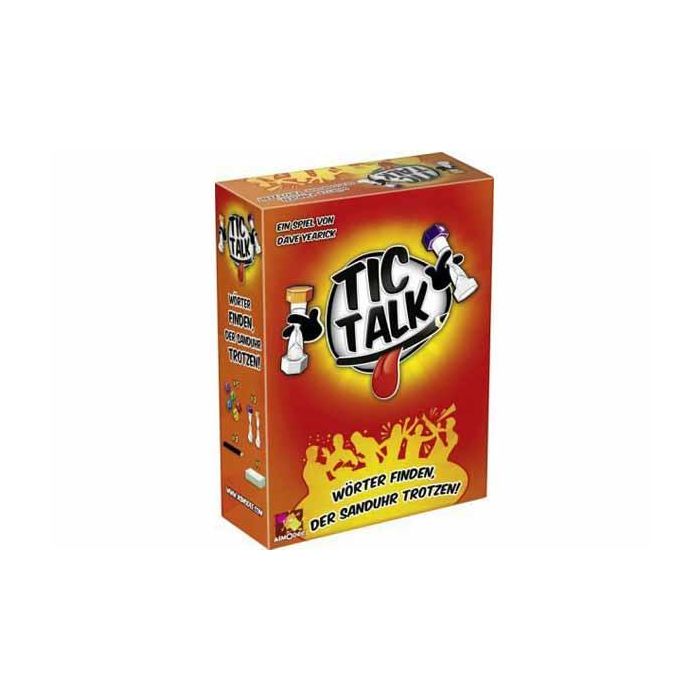